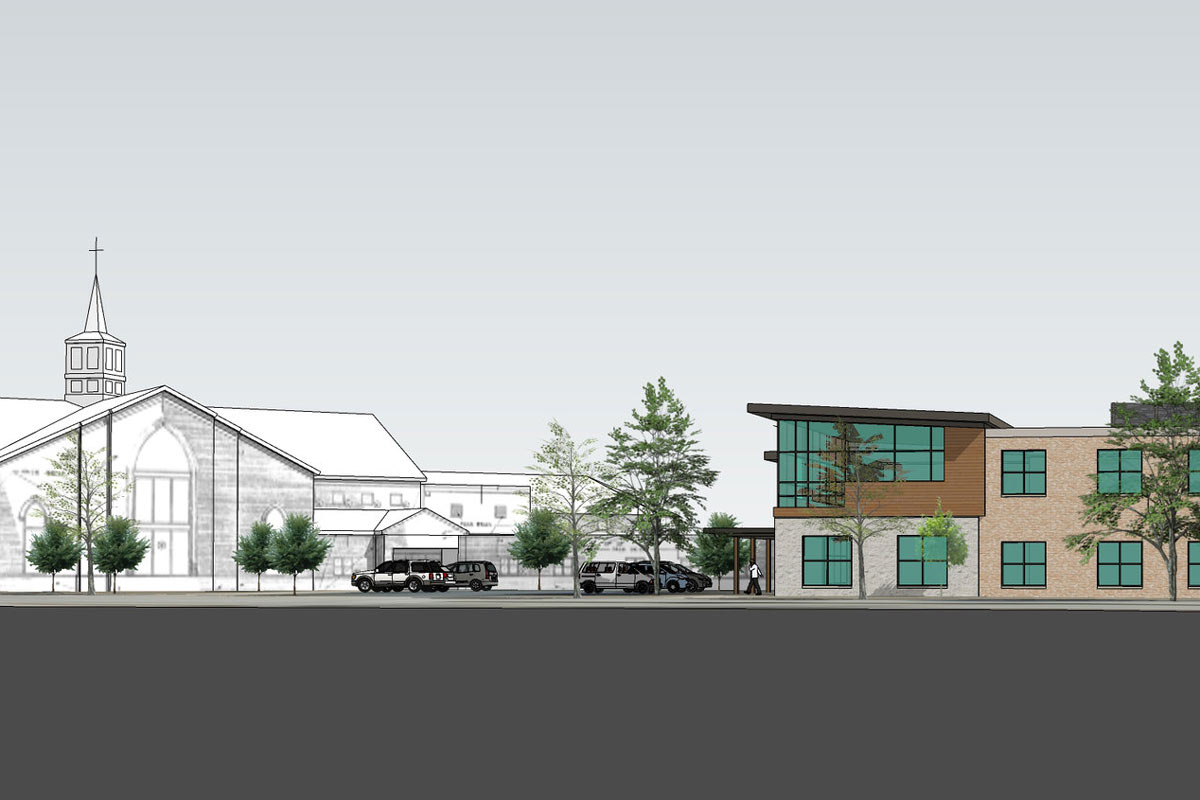 CEDARBURG — Though the need to educate students will never change, educational approaches and needs are always evolving, which is one of the main drivers of the new building project slated for First Immanuel Lutheran Church.

The project design was unveiled earlier this month at the Cedarburg Plan Commission meeting. According to staff notes, a submission issue prevented a full review of the plans prior to the meeting and thus were presented for initial review and feedback rather than approval.

“We received some good feedback from the Plan Commission,” said Peter Schneider, the project architect from Groth Design Group working on the project. “Overall they were in favor of the design, but asked us to simplify some of the building materials.”

As proposed, the new 31,000-square-foot elementary wing will be built immediately west of the existing school, which will then be razed and turned into a courtyard, which will also be used for educational purposes. According to Schneider, though it is included in the plans, the courtyard will remain a concept at this time as FIL does not have the funding to include it in this phase of the project.

“There’s a lot packed into that space – it has similar learning environments to what is found in the new building, but they are outdoors, such as group learning spaces,” he said. “Plus there’s also room to play. What they have now is a roadmap to build it when the funding is available.”

The existing elementary school was first built in 1953, with classroom additions in 1962 and 1965, which also included a gymnasium. The school’s middle school wing was completed in 1997 and will not be affected by the construction plans.

“The motivation for this project was to replace dated classrooms,” said Schneider. “It’s a 1950’s-era school, and what First Immanuel is seeking is a 21st-century learning environment.”

The new building will be two stories and include 14 classrooms. Additionally “learning street areas” are part of the design, and will be used for collaborative and group learning. According to the submitted plans, the building is being designed to fit in with the existing architecture of the campus and a flat roof was incorporated to keep the building height to a minimum in relation to the surrounding neighborhood.

The new plan will result in the loss of one parking spot and leave the remaining 147 spaces intact.

Should the project receive its necessary approvals from the city, construction on the project is slated to begin in June, with elementary classes moving into the building in June 2020 and demolition of the old elementary building to occur once that relocation is complete.